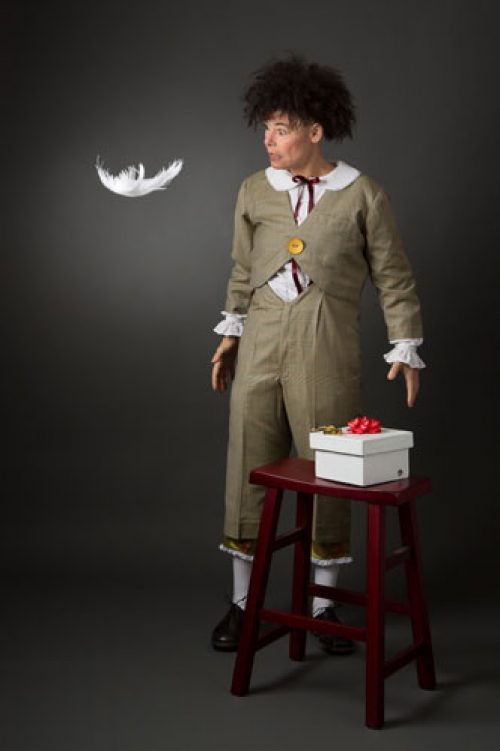 An International Eccentric Performer’s story of a clown who confronts her insomnia with a series of bedtime antics.

A Basquette Quese is an all-ages poetic tale about a clown in a war to fall asleep. In a classic comedic battle, Iman, as a Commedia dell’Arte, Pierrot-type character, confronts her insomnia with a host of strategies to exhaust herself. The result is a series of bedtime antics, including pillow feather juggling, a Flamenco ballet, a pirate’s adventure atop a rola bola, and a Tango that brings her clothes hanger to life. The show includes physical comedy, mime, dance, and juggling. Iman engages her audience in a safe, playful, and joyful environment. She has performed A Basquette Quese worldwide in over 30 venues and festivals since 2007.