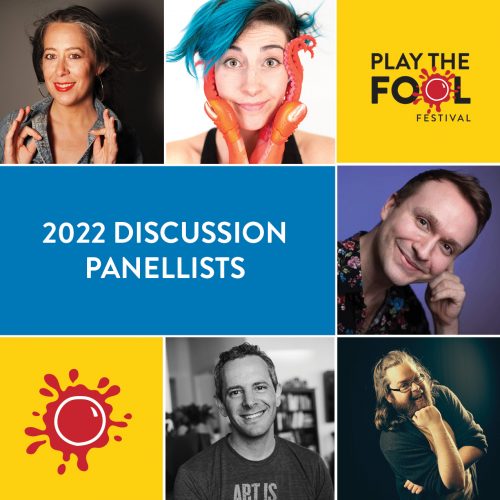 An online panel discussion with S.E. Grummett, Candice Roberts, Zachary Parsons-Lozinski (Lilith Fair), Charlie Peters, and Adam Lazarus, moderated by Jake Tkaczyk, about gender in physical theatre, character, and clown. These artists will discuss how they use gender in their work to subvert deeply ingrained beliefs, roles, and power structures, and how clown can be a tool to investigate multiple aspects of identity, and disrupt the status quo.

Don’t want to watch it alone at home? Join us for our public viewing party on the Play the Fool Festival patio, at the Backstage Theatre, no ticket required.

No tickets needed – watch it right here for free. Or on YouTube 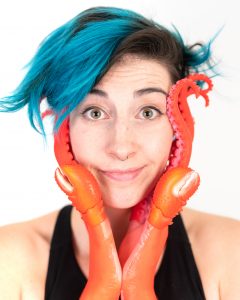 S.E. Grummett (they/them). Grumms is a queer, transgender theatre artist from Treaty 6 Territory. After graduating from acting school and becoming increasingly frustrated with the lack of opportunities for queer and trans folks, Grumms began Scantily Glad Theatre, an 2SLGBTIQ+ theatre company that works to promote queer artists and stories through comedy, clown, and physical theatre. They began making and performing their own work. For them, self-creation was, and continues to be a way out. Over the past 5 years, Grumms has created a body of original queer work and toured it to festivals and stages around the world. They are the co-creator of “SCUM: a manifesto”, “Pack Animals”, and “Creepy Boys”. Their solo-show, “Something in the Water”, won Best Theatre at the Adelaide Fringe and was recently selected by the High Commission of Canada for Spotlight Canada 2021 at the Edinburgh Fringe. Outside of self-creation, Grumms also works as a performer, puppeteer, & video artist. 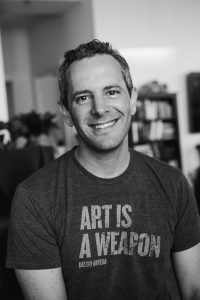 Adam Lazarus is an award-winning theatre creator, whose work has been showcased around the world. He is known for dynamic and implicating performances, including the international thought-disrupter Daughter; the radical race oration The Art of Building a Bunker (co-written with Guillermo Verdecchia), and the vicious bouffon love play Wonderland. Adam is an international instructor of performance who brings a dark and comic sensibility to his work and collaborations. He has acted as a creation director for countless actors, musicians, speakers, comedians, dancers and performance artists. He is a sessional acting instructor at the National Theatre School of Canada, Pig Iron Theatre’s School for Performance, the Sibiu International Theatre Festival, Toronto Metropolitan University and the University of Toronto. Adam was the founder and artistic director of the Toronto Festival of Clowns for ten years and is a graduate of and former apprentice to Master Teacher Philippe Gaulier. Adam lives in Toronto, Canada, with his wife Sarah and their two children, Josephine and Oliver. 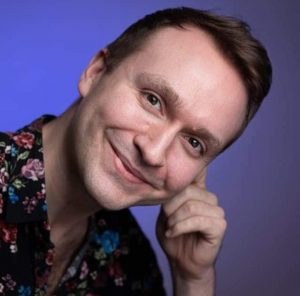 Zachary Parsons-Lozinski (Lilith Fair) Artistic Director of 50% Fruit Productions, Zachary is perhaps better known by his nightclub persona: Lilith Fair. Zachary has been performing in Drag for almost a decade, travelling to bars and cabaret venues across the country. Works include “The House That F*cks” (50% Fruit), “The Pansy Cabaret” (Guys in Disguise), and “F*CK ME FRIDAYS” a drag variety show which runs every week at Twisted Element in Calgary AB. 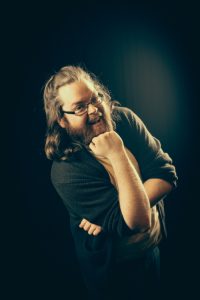 Charlie Peters (ze/hir/hirs) is a clown, poet, theatre and opera director, actor, lighting designer, playwright, and dramaturg. Born and raised on Treaty 6 Territory and the Homeland of the Métis Nation, ze holds a BFA in Acting from the University of Saskatchewan, an MFA in Theatre Practice at the University of Alberta, trained extensively at the Manitoulin Conservatory for Creation and Performance, and is currently finishing an MA in Gender and Social Justice Studies at the University of Alberta. Hir artistic work has been seen on stages (and in parks, fields, trails, school gyms, living rooms, and swimming pools) across Western Canada. Charlie is Secretary of the Board of the Saskatchewan Association of Theatre Professionals, Founding Director of Embrace Theatre, and a former Artistic Associate with Sum Theatre. Hir work has been published in Theatre Research in Canada, Canadian Theatre Review, Canadian Theatre Encyclopedia, and on Howlround. www.charliepeters.ca

Candice Roberts is a 5th generation settler and artist based on the ancestral and unceded territories of the Coast Salish Peoples, including the territories of the xwməθkwəy̓ əm (Musqueam), Skwxwú7mesh (Squamish), and Səl̓ílwətaʔ/Selilwitulh (Tsleil-Waututh) Nations. She is the band leader of the critically acclaimed Myrtle Sisters, is a founding member of the Jessie Award-nominated Dusty Flowerpot Cabaret Society, and the artistic director of Candy Bones Theatre and Candice Roberts Theatre. Her original theatrical works and film shorts interweave physical theatre, music, mask,vmovement, and clown to create stories that investigate the humor, heartbreak, and the trialsvand tribulations of our human conditions. Cultivating anti-oppressive and intersectional understandings is important in Candice’s artistic research of creativity, decolonization, and the connections between self-expression, mental health, and community. Candice has received numerous awards at Fringe Festivals and Film Festivals in addition to a 2014 Mayor’s Arts Award for her work in community building through the arts. Candice is dedicated to creating and sharing innovative and original inter-arts theatre works of artistic excellence. She has toured all over North America with her award-winning solo shows. 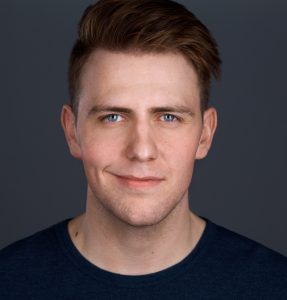 Moderator, Jake Tkaczyk (He/Him) is an Edmonton and Banff based theatre artist with a passion for creating new and engaging work collaboratively. He is currently in the midst of his PhD in Creative Practice from the Transart Institute and Liverpool John Moores’ University. Jake has worked as an actor, director, creator, and educator in central Alberta. Jake had the extreme pleasure of working as an Artist Intern at Northern Light Theatre for a few years and is currently the Program Manager, Performing Arts at the Banff Centre. Jake recently received the AFA Young Artist Prize. W: jaketkaczyk.com |  IG: jdtkaczyk