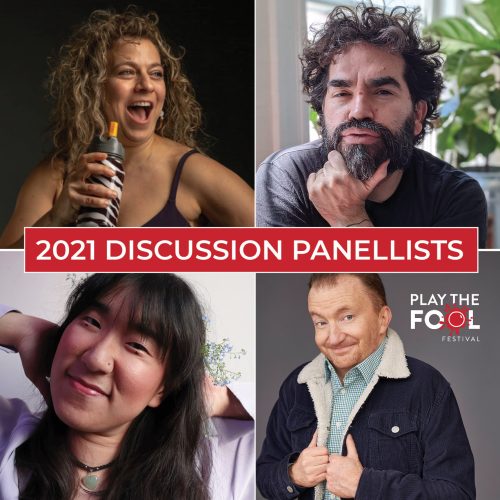 Join Jake Tkaczyk as he facilitates a panel discussion with the phenomenal Deanna Fleysher, Ken Hall, Nathaniel Justiniano, and Janice Jo Lee about teaching and practicing bouffon. We will discuss these artists’ different approaches to this format, how bouffon functions as a teaching tool, and reasons why it can be so effective or disastrous in front of an audience.

Content Warning: Bouffon performance is intentionally provocative. Topics may include, but are not limited to; racism, sexism, ableism, homophobia and sexual matters. 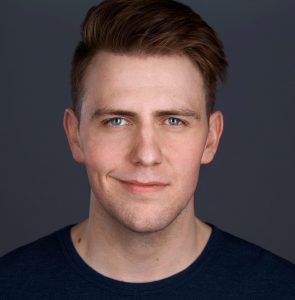 Jake Tkaczyk (He/Him) is an Edmonton-based theatre artist with a passion for creating new and engaging work collaboratively. He is currently in the midst of his PhD in Creative Practice from the Transart Institute and Liverpool John Moores’ University. Jake has worked as an actor, director, creator, and educator in central Alberta. Over the years, Jake has worked on many shows implementing elements of bouffon and physical theatre. Jake had the extreme pleasure of working as an Artist Intern at Northern Light Theatre for a few years and is currently the Program Coordinator at Theatre Alberta. Jake recently received the AFA Young Artist Prize. 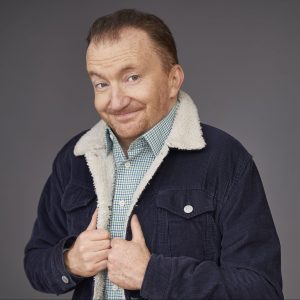 Ken Hall is a Canadian Comedy Award Winner (Best Breakout Artist) and multiple CCA award nominee, including most recently, Comedic Artist of the Year. Ken plays the lovable Herb and provides motion capture as the body of Pogo in Netflix’s THE UMBRELLA ACADEMY. Ken is also is one-half of the critically acclaimed comedic duo 2-MAN NO-SHOW with Isaac Kessler and has had the pleasure to work for CIRQUE DE SOLEIL. Ken has appeared in numerous film and television roles including two seasons on TBS’s hit series PEOPLE OF EARTH and has appeared as a guest on CONAN. He has studied clown with master clown instructors, Philippe Gaulier, Francine Cote, Paola Coletto and Aitor Basauri and improv at The Second City (Toronto), iO Theare (Chicago), The Annoyance Theatre (Chicago) and The Upright Citizen’s Brigade (NYC). Ken teaches comedic on-camera acting and mindfulness at Bad Dog Theatre, clown and public speaking at The Second City, and improv at The Assembly and The Social Capital Theatre in Toronto. Ken was recently awarded the Frank McAnulty Award for Faculty Instructor of the Year 2019 at The Second City. 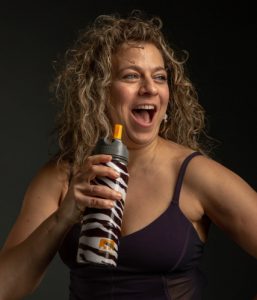 Deanna Fleysher is a comedy artist, teacher and director devoted to interactive/immersive performance magic. As a performer, she is best known for BUTT KAPINSKI, an immersive comedic experience which has garnered awards and scandalized crowds across North America, Australia, the UK and Scandinavia. Her popular workshops Naked Comedy (Fully Clothed) and Drag King Comedy seek to cultivate fierce vulnerability, audience connection and deep art in professional and semi-professional performers everywhere. Most recently, she has dived deep into clown filmmaking and onscreen play with her Melodrama Zoom-a-Rama and Character Intensive online workshops. Currently, she directs/co-creates solo and duo interactive shows, works toward her MFA in Interdisciplinary Art at Goddard College, and creates tailor-made immersive experiences. Some of her more contentious opinions about bouffon can be found here and here. More about Deanna at www.dontcallitclown.com 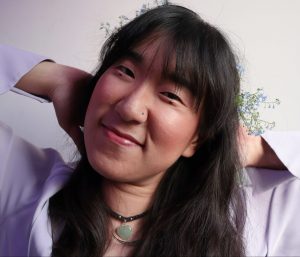 Janice Jo Lee, aka Sing Hey, is a contemporary folk artist of Korean ancestry. She is a folk-soul singer-songwriter, spoken word poet, actor, bouffon, playwright, and educator. Lee is an award-winning performer who creates looping landscapes with her voice, guitar, trumpet and Korean jangu drum. She is a hard femme queer radical. She says the truth and gets in trouble for it often, on stage and off. She is interested in using art to build flourishing communities based in justice and joy. Her work explores gender justice, antiracism, friendship, community, ancestry and the Earth. Lee’s one-woman musical satire Will You Be My Friend was developed and produced by Green Lights in Kitchener in 2017. The show asks the question: “How can you be friends with white people when they oppress you?” The show made its Toronto debut at Theatre Passe Muraille in October 2018. In Ontario her theatrical work has been produced with Green Light Arts, MT (Multicultural Theatre) Space, Theatre Passe Muraille, and fu-GEN Asian Canadian Theatre.  Lee has facilitated anti-oppression workshops at University of Waterloo, Laurier Faculty of Social Work, University of Toronto Faculty of Social Work and Folk Alliance International. She has directed theatre creation programs for racialized youth with MT Space, Le Project N’we Jinan, and Randolph Kids. Lee was born in Tkaronto and formed her early artist career living and organizing in Kitchener-Waterloo, on Haldimand Tract Treaty Territory. She has spoken word training with d’bi young anitafrika, Lillian Allen, and Ian Keteku, bouffon training with Adam Lazarus, Nathaniel Justiniano, and Deanna Fleysher, and physical theatre training with MT Space, and Fadhel Jaibi. 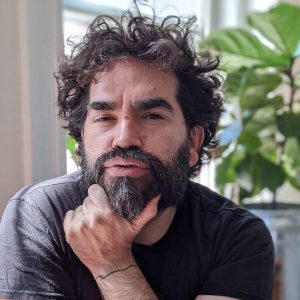 Nathaniel Justiniano. Based in Boston, Nathaniel is a queer, mixed-race Puerto Rican born and raised in the barrios and working-class suburbs of Southern California. In 2009, he founded Naked Empire Bouffon Company with an activist mission to devise hilarious, cutting, and visually-provocative satires that catalyze urgent discourse. Naked Empire’s bouffon shows have wrestled with the queer community, institutional violence, the fear of death, the american dream, class privilege, western imperialism, and white fragility. He is currently developing an anti-colonial bouffon show about the diasporic Puerto Rican experience. His works have been Official Selections of the Toronto Festival of Clowns, Vancouver’s Dancing on the Edge Festival, Victoria’s UNO Fest, and Edwardsville’s Xfest. He is a two-time winner of the SF Best of the Fringe, SF Bay Guardian’s Best of the Bay, Vancouver’s Talk of the Fringe, and Edmonton Fringe‘s Artist Choice Awards. His creative and education work is rooted in social justice and activism, and has been featured recently in Howlround and in American Theatre Magazine. He holds an MFA in Ensemble-Based Physical Theatre from Dell’Arte International and was a recent guest artist teaching PLAY in the Drama Division at The Juilliard School. Currently, he is an Assistant Professor of Performing Arts and Comedic Arts at Emerson College.