“Shannan is incisive and hilarious, probing and expansive. Shannan will needle your clown until you land fully into the achingly tender depths of your truth. Be prepared to cackle and cry, boo and cheer, waddle and skip.”

IMPORTANT NOTE: Choose either Saturday OR Sunday workshop. Each day is ticketed separately, and features the same material.

Play big, risk gloriously and fail better. This class was workshopped and designed to be experienced virtually. It’s time to bring the playground into your own home where all the props, toys, and costumes you often wish for in the studio are suddenly at your disposal. Participants must explain to housemates ahead of time that they will be noisy, move throughout the house and be free of inhibitions. It’s recess for grownups! A chance to play, get moving, let loose, be silly and make genuine connections with other fabulous fools. Common side effects include (but are not limited to) feeling more alive, awake, joyful, connected, playful, confident, hopeful, present and creative.

Shannan Calcutt is sought after as a Performer, Comic Act Designer, Director, Writer, Instructor and Show Creator. A multi-award winning performer and instructor, she has conducted workshops in clown and play worldwide. She is a regular instructor at Cirque du Soleil, Celebration Barn Theater and Vegas Theatre Hub. Her critically-acclaimed solo shows were broadcast on CBC Radio and Canada’s Bravo! network. CBC declared her, “a national treasure.” Calcutt has played an eclectic range of venues from the Sydney Opera House, to San Francisco’s Bimbo’s 365 Club, to Saskatoon’s Wash ‘n Slosh Pub, to the Vegas Strip, where millions of spectators witnessed her attempting to sell her homemade breast implants – Scotch Baggies – during her 15 year run at Cirque du Soleil’s sensual sensation, ZUMANITY. She has designed comic acts for Cirque du Soleil, the philanthropic event One Night for One Drop, and Berlin’s Friedrichstadt-Palast, the world’s biggest theatre stage. She also worked as an Acting Coach for all three companies. Most recently, she joined Spiegelworld’s team of directors and the cast of their newest production, Atomic Saloon. Shannan has a Master of Fine Arts in Writing for Dramatic Media (UNLV), a Bachelor of Fine Arts in Performance (UVIC) and is a graduate of the Dell’Arte International School of Physical Theatre. Shannan is fluent in English and sarcasm. More blah blah blah about Shannan here: shannancalcutt.com

This workshop is made possible through Theatre Alberta’s Workshops by Request: Hometown Series program with support from the Alberta Foundation for the Arts.

This workshop is generously supported by the Edmonton International Street Performers Festival. 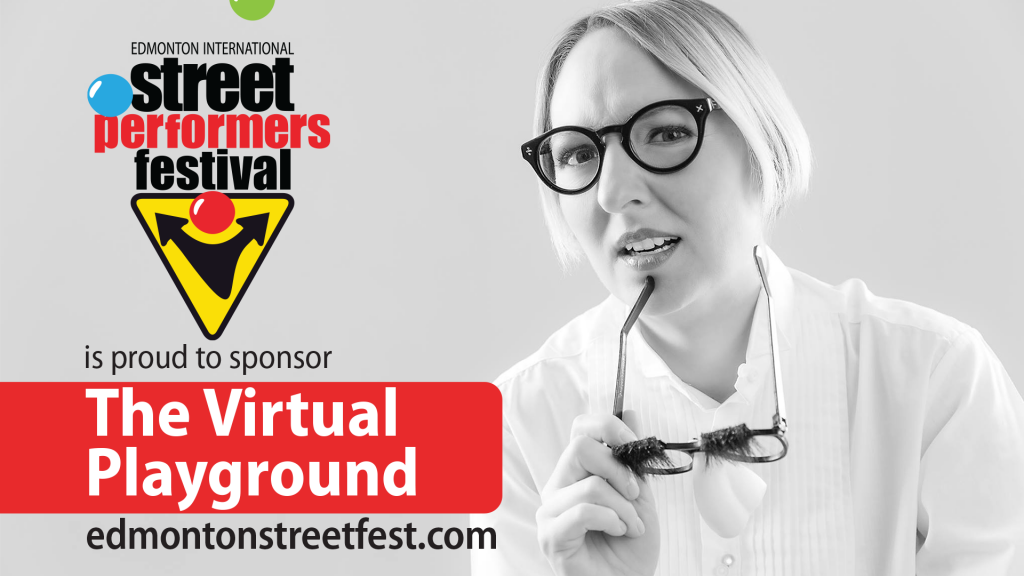