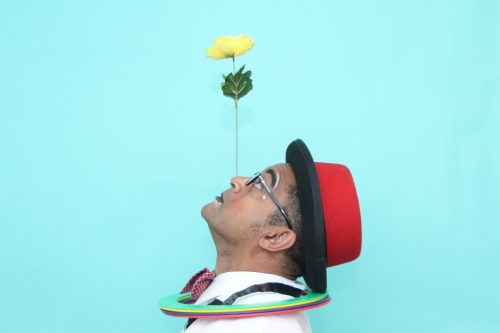 Six (6) diverse Black, Indigenous, and Clowns of Colour from across North-America gather to talk about working in a white-dominated culture.

A recording of the Livestream is available on both YouTube and Fringe TV: 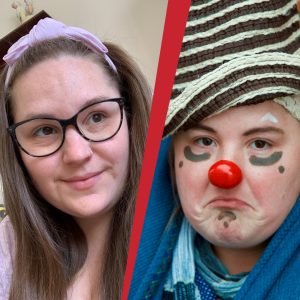 Lisa Dawn is an indigenous creator and performer currently residing in Edmonton, AB on Treaty 6 Territory, originally from Calgary, AB on Treaty 7 Territory. She holds a Theatre Studies: Acting Diploma from Red Deer College, as well as a Bachelor of Arts with a Drama major from the University of Alberta. Her solo-show One Clown’s Trash premiered at the 2018 Edmonton International Fringe Theatre Festival; it is an exploration of homelessness, consumerism and survival, featuring her clown character Spatz.  In previous years at Play the Fool, Lisa Dawn has participated in the Rookie Cabaret, performed in the Play the Fool Festival Spectacular, and helped with the logistical side of the festival as well. While she is sad we cannot all gather together for the festival this year, Lisa Dawn is excited to be back with Play the Fool again as moderator of the Panel Discussion. Thank you – hai hai. 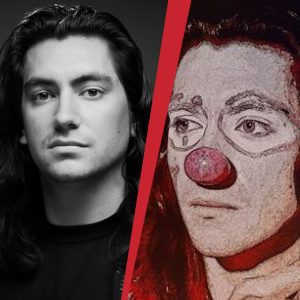 Barry Bilinsky is a professional theatre creator of Metis, Cree and Ukrainian heritage. Based in Alberta, he has worked as a director, curator, performing artist, stage manager, and technical/production manager across Canada with projects centred primarily around the proliferation of Indigenous arts, artists, and collaborations. He is on faculty in the Lougheed Leadership Department at the Banff Centre for Arts and Creativity. He has studied Drama and English at the University of Alberta, attaining a Bachelor of Arts degree in 2012. Barry is an Artistic Associate with Dreamspeakers Indigenous Film Festival and Akpik theatre, as well as having been involved in many capacities with: Alberta Aboriginal Performing Arts; The Making Treaty 7 Cultural Society; Iiniistsi Treaty Arts Society (REDx Talks); Fool Spectrum Theatre; among others. Barry is committed to developing honest, respectful, and purposefully compassion creations that challenge the overarching cultural assumptions we often face in the performing arts community.

Vancouver, BC the unceded territories of the xʷməθkwəy̓əm (Musqueam), Skwxwú7mesh (Squamish), and Səl̓ílwətaʔ/Selilwitulh (Tsleil-Waututh) Nations. 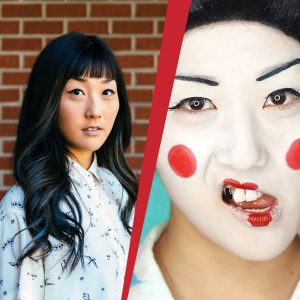 June Fukumura is an award winning Japanese-Canadian theatre artist based in Vancouver, BC. She is the Co-Artistic Director of Popcorn Galaxies, an experimental theatre company that has produced over ten independent productions presented at Centre A, Vancouver Fringe Festival, BC Culture Days, and the rEvolver Festival. Additionally, June is the Co-Founder of New(to)Town Collective an artist collective with a mandate to create new experimental works; provide ongoing accessible physical theatre training; and experimental research workshops in Vancouver. June is the creator and performer of My Name is SUMIKO, a one woman clown performance featuring June’s alter ego, Sumiko. This show was produced by New(to)Town Collective and won the Public Market Pick of the Fringe Award at the Vancouver Fringe Festival in 2019. 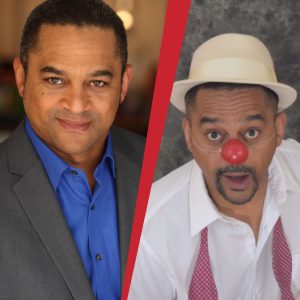 Meredith Gordon is a circus artist, actor, and musician. Meredith fell in love with Theater and circus at an early age. He taught himself to juggle as a teenager and developed a passion for Theater as a college student. Over the past 30 years, Meredith has trained and worked as an actor and circus artist. He freelances as a circus artist who juggles, stiltwalks, and clowns. In 2000 he became a medical clown with the Big Apple Circus Clown Care Unit and served as the Atlanta Clown Care Unit supervisor from 2012 to 2016. He is a founding member of Humorology Atlanta, which continues the tradition of medical clowning. He began working in social circus as a coach with Cirque du Monde in 2001 and continues his work as a circus educator with So Cirque in Atlanta. He is a 2019 recipient of the Tanne Award, which recognizes outstanding achievement by artists. 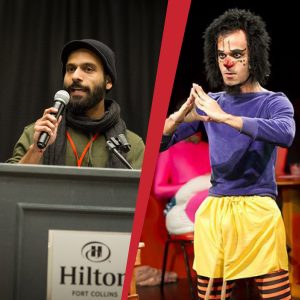 Originally from Mumbai, Pratik Motwani specializes in eastern and western forms of mask performance and devised physical theatre. He is faculty/recruitment director/company member with Dell’Arte International. At Dell’Arte his teaching focuses on Ensemble Play, Mask Performance, Animal Movement and Community Based Arts. Pratik is also an independent artist/producer/educator who creates/produces/tours original works of devised physical theatre (More info: www.embeddedtheshow.com/artist); his original works have been presented by the US embassy, Oregon Shakespeare Festival, National Performance Network, CAATA ConFest, Kennedy Center’s American College Theatre Festival, NY Clown Festival, Edmonton Clown Festival; he has toured nationally/internationally as lead performer with Imago Theatre, Portland, OR in their world renowned physical comedy/mask performance shows FROGZ and Zoo Zoo (http://imagotheatre.com/frogz.html); he has performed and taught internationally in France, Egypt, Jordan, India, Canada and has been invited as a guest artist/teacher by the Kennedy Center and in universities across the U.S. including Texas Tech University; University of California in Berkley; UC Santa Cruz 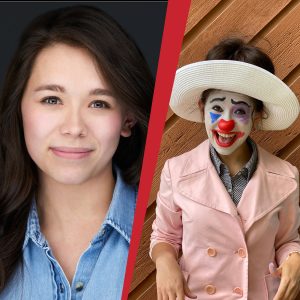 Kiana is a Chinese-Canadian actor, mover and creator with a special love for clown, physical theatre, and classical works. She is a graduate of the BFA Acting Program at the University of Alberta and is thrilled to take part in this year’s Play the Fool festival as a panelist. Having performed at the festival twice before, she is delighted to take on this new role and share her experiences with clown performance. In her off time, she enjoys playing the ukulele, thrifting and searching for exciting new snacks. She sends endless thanks to her friends and family who constantly shower her with love and support in this wild career. Selected credits include: Cymbeline (Shakespeare Bash’d), E-Day (Serial Collective/Theatre Network), Dispatch, Monsieur Leotard, Symphony No. 6 (Newmarket National 10 Minute Play Festival), That’s Danger! (Alberta Workers Health Centre), The Two Gentlemen of Verona (Theatre Calgary/Shakespeare by the Bow), Doll House, The Lower Depths, and The School for Scandal (Studio Theatre)