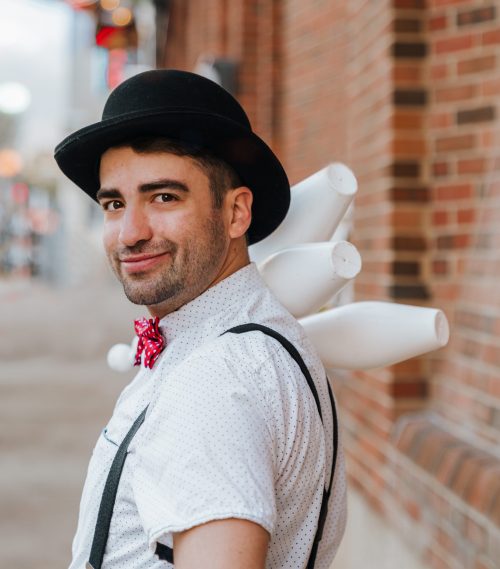 NEW THIS YEAR! The Play the Fool Festival Patio

The Festival Patio is located right outside the Backstage Theatre. It’s the COVID-concious place to relax between the indoor shows.

Grab a drink and a snack from the bar, catch up with friends, and enjoy our outdoor roving entertainment. 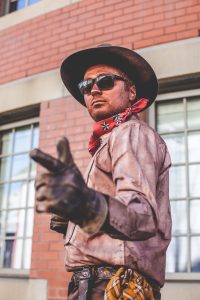 The Copper Cowboy is a real man of mystery. Some say he appears in a fog to haunt the mortals attending the yearly Clown Festival and others may say: he was hired to be there and is a pretty swell guy. Long time performer in Alberta, a crowd favourite at the Edmonton Fringe and Street Performers Festival of this year. 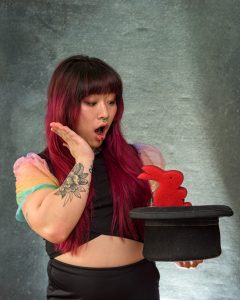 Jay Flair is an award winning magician whose acts make use of her experiences in life.

She strives to be inclusive to all who may find themselves in her audience. She’ll make you laugh,  she’ll make you cry; from circus stunts to sleight of hand, her show is full of mind melting moments that leave the crowd at the edge of their seats! 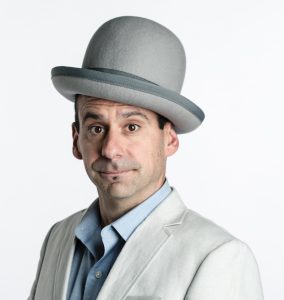 Aytahn Ross has managed to make a living ‘fooling’ around since the year 2000 and is entirely unable and unwilling to work a real job at this point in his life.

Keep your eyes peeled for a performance never before seen at PTF. Clown Highlight: Surviving Typhoon Longwang in 2005. 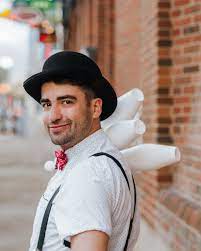 Jordan Sabo From a young age, Jordan Sabo has garnered a passion of putting himself in front of others. Born and raised in Edmonton, AB, he is a graduate of the University of Alberta’s BFA Acting program. Since graduating, he has built a repertoire of performing for and educating young people. With the help of a few friends and a lot of laughs, he has entertained families across Western Canada.